It amazes me that I have been using iPods sometime since 2003.  I started off with a 3rd gen model.  And then the day came when hell froze over and Steve Jobs released iTunes for Windows.  And here I thought a magical gift was coming my way having iTunes for Windows!  Here we are some 11+ years later and iTunes is still a piece of crap software from one of the largest companies in the world.

The reason I still use iPods are my speaker docks.  I have several and really like them.  The Android world has nothing close to what these old 30 pin connector docks have to offer.

I’m not going to get into what’s wrong with iTunes, the fact that you are reading this means you already know.  Anyways I researched and found an easy way to transfer files to and from your iPod without using iTunes and you don’t even need iTunes installed on your PC!  And this solution is FREE.  Some modules are pay but the music app is Free.

Step into the world of CopyTransManager.  It will also work with iPhones and iPads.

My Windows 7 x64 did not have iTunes installed.  CopyTrans Manager(CTM) complained and prompted that it could install the necessary drivers without installing the fully bloated iTunes.  I was pleased how easy that worked.  After the drivers are installed you get a simple window allowing you to sort/display your music by Artist, Title or Album.  Playlists are also supported.  I had an upgraded iPod Mini ready for it’s first test using CTM.  This iPod mini has a 32GB SD card in it instead of the usual 6GB CF hard drive.  CTM had no issue dealing with the hacked iPod.  It took me no time to understand how it worked.  I dragged a bunch of music from my local hard drive to the CTM window and away it went.  It showed my new music and a display on the bottom of how much space my iPod was using and was available.  I was able to use my favorite file manager Total Commander to drag the music to CTM.

You can finally stick your Apple device on any Windows PC and just copy content to or from the device without any hassles.  It just works.  CopyTrans has separate modules to copy photos, contacts and apps to your Apple device.  Not all these modules are free.  I was not too interested in these modules but I did try Photos.  It allowed me to copy photos but I had to use their file manager.  I was not able to drag photos using Total Commander for some odd reason.

This wonderful utility makes me like my iPods a whole lot more.  I can finally use my Apple devices on any PC without iTunes or the hassles iTunes is well known for. 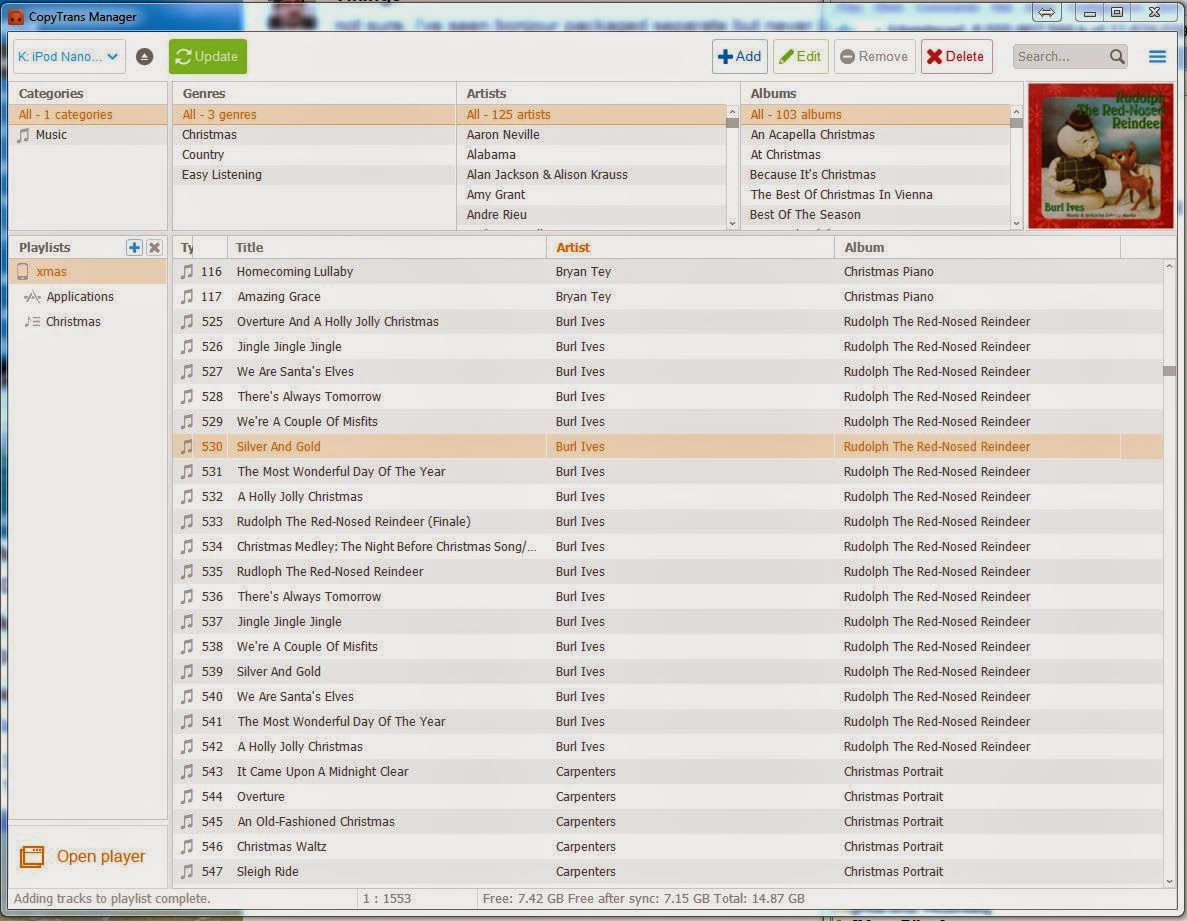